Lizard Head Pass a part of both the D&RGS RR and Colorado State Highway 145.

A 400 feet tall rock pinnacle gave rise to the name Lizard Head. In the 1890’s the peak apparently resembled a lizard. The D&RGS even chose this formation for its logo.

One story goes that one night a loud rumble filled the area and local residents thought there had been an earthquake. However the next day it became apparent that there had been a large rock fell off the peak and it may have lost its lizard like appearance.  A more appropriate name now might be Lizard Neck;-) 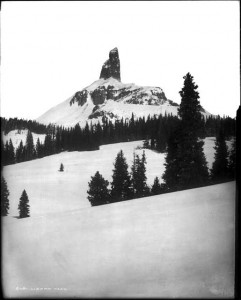 Lizard Head or should we say Lizard Neck! 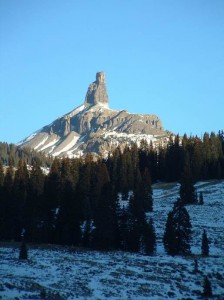 As far as this then and again shot went, I was pretty close to hiting this right on the head don’t you think?

Located along the divide between the Dolores and San Miguel watersheds, the area at Lizard Head Pass is a large gently sloping meadow. It was heavily logged in the early days and became a favorite summer grazing spot for sheep ranchers. The open nature of the land led to cold winters and significant snow drifts. 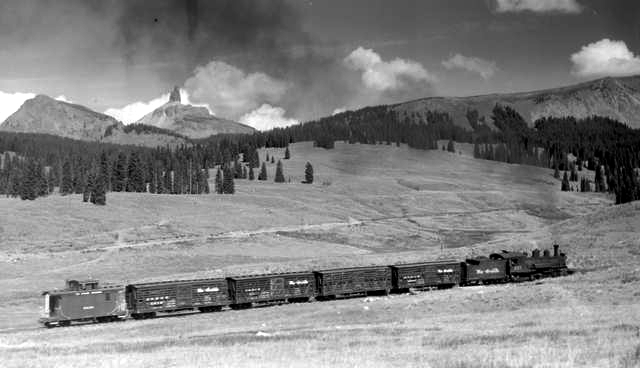 Ever been over this pass? Tell me about it on Facebook!